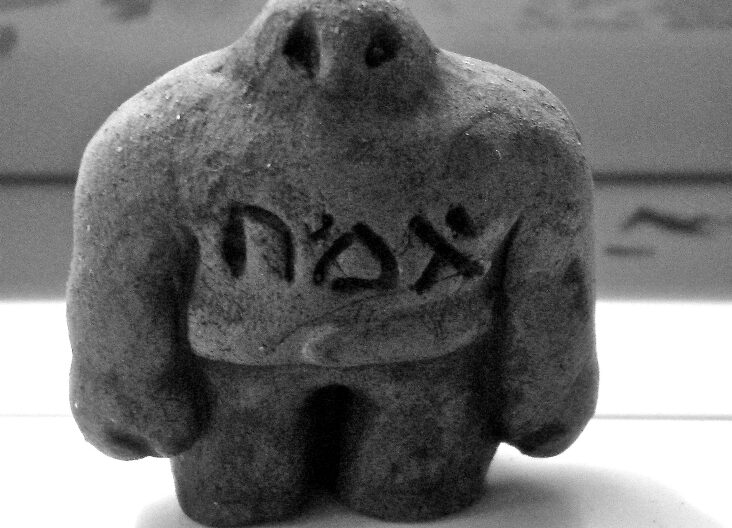 The most important topic of the biblical anthropology is description of the divine dignity of man. Being violated by the fall of man, the divine dignity of man will not only be healed of sin, but also significantly increased by means of the Incarnation of God.
In Antiquity, the concept of man as a microcosm was popular. They say that everything that exists is a large space – a macrocosm, and man is a small analog of this space – a microcosm.

In the biblical picture of the world, everything is diametrically opposite. Man is the only creature like Yahweh. Therefore, all creation, the whole world, all material and immaterial, heavenly creatures (angels), are negligible in comparison with man. Man was given the possession and control of the entire world. Also, man received not only the right, but the obligation to command the angelic entities if they invade the world.
Christians like to talk about the abyss between God and man, but in fact man is much closer to God than anything else. And after the Incarnation of Christ, humanity received the possibility of an unimpeded union with God.
This is the most important thing that the Bible tells us about man. Such a high dignity of man has quite clear consequences. For us, the inhabitants of the apocalyptic times, when people are trying to be changed themselves and fit into the digital networked concentration camp of the Beast, it is important to find out what biblical anthropology has to say about it.
Man can influence the nature of all material creation except himself. The essence of man is the image and likeness of God. Therefore, all attempts to change man, improve man, create a new man are always the same: attempts to belittle the image of God in a man. To change man is to oppose God, this is fighting against God. All attempts to “improve” man, even at the level of DNA (époque of Nephilim), or at the level of consciousness (Babylon pandemonium), or at the level of transpersonalism (the Beast) – makes a man worse.
In all attempts to influence and change man, his humanity is an unconditional dominant.

Adam was formed of clay by God. Eve was made by God of the “human material” of Adam. But what about all the other people who will appear in the future? They will be born by women. This is what the Bible says: “And the LORD God said unto the serpent… And I will put enmity between thee and the woman, and between thy seed and her seed; it shall bruise thy head, and thou shalt bruise his heel. Unto the woman he said, I will greatly multiply thy sorrow and thy conception; in sorrow thou shalt bring forth children; and thy desire shall be to thy husband, and he shall rule over thee… And Adam called his wife’s name Eve; because she was the mother of all living” (Gen3: 14-20).

This is a rather strange text, but it holds the key to many of the enigmas of the biblical anthropology. In this text a new mission for woman is given – to give birth and her Offspring will ultimately smite the devil. It is important to note that all people will be the offspring of woman: “Adam called his wife’s name Eve; because she was the mother of all living”. In the Bible, the term “man” is sometimes directly replaced by the phrase “born of women” (Matthew 11:11).

As you know, for the birth of a child by a woman, a man is also needed. Actually, this is what happened immediately after the expulsion from the paradise: “Adam knew Eve his wife; and she conceived, and bore Cain” (Gen4:1). Moreover, we know about the extremely patriarchal character of the Biblical worldview: “thy desire shall be to thy husband, and he shall rule over thee”. In most Biblical mentions of the birth of children, the father gives birth to the child, and the mother is not even mentioned: “Abraham begat Isaac; and Isaac begat Jacob; and Jacob begat Judas and his brethren” (Mat1:2).
But men in the text Genesis 3:14-20 are not mentioned at all! And it is not accident. In most cases, women give birth with men. But we know that women can give birth not only with men. Women gave birth with angels: “There were giants (Nephilim) in the earth in those days; and also after that, when the sons of God came in unto the daughters of men, and they bore children to them, the same became mighty men which were of old, men of renown” (Gen6:4), and also one woman even gave birth with Yahweh. In these cases, when a woman gives birth not with a man, then whom does she give birth to? She gives birth to man, people. In the Bible hybrids with angels – Nephilim are called “men” אִישׁ, human male. Likewise, Christ, being God is also fully Man!
God has laid the most powerful force into a woman – to preserve human nature and, accordingly, the divine dignity of man. And via the woman God – Christ saved people. There is no force, which can this damage.
So, there are the two most important conclusions for us:

Thus, the Bible tells us that outside of a birth by a woman (or maybe also of a woman egg cell) people are not possible. Then, outside of birth by a woman also the basic human features such as consciousness and intelligence do not exist. No “artificial intelligence” is possible.
If a woman (or at least a woman egg cell) does give birth to something modified – this something modified is man. If a man is modified by something after the birth by woman (an implant, or any “vaccine”, for example) he is still man. The power of the divine in any man is such that a human person is unconditionally dominant, no matter how he is changed and modified. Thus, all mutants, all something modified retain their humanity like other people. There is no force that can break the divine potential of man and monopoly of giving birth by woman (or at least a woman egg cell).

Any attempt to change the human nature or even to form a new man is blasphemy. God created man, so man does not have the right to modify himself. Moreover, man is the image and likeness of God. To improve, modify or rebuild the image of God is madness. All the satanic ideas from Nephilim and builders of the Babylon tower to Marxism and transpersonalism propose their project of a “new man”. However no modifications can radically change man. Man cannot change his nature as he wants. Man can only himself, freely and voluntarily refuse to fulfill his divine potential and TRY to diminish his divinity and thus oppose, blasphemes God. Accordingly, he will bear responsibility for it before the Judgment of God.