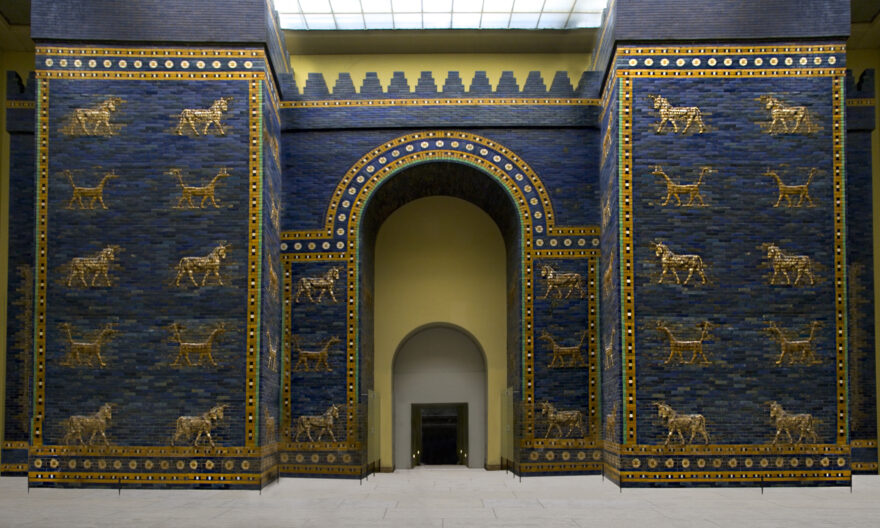 Both the apostles and many early Christians had an unequivocally negative attitude towards the “Greek wisdom” of Athens: “Beware lest any man spoil you through philosophy and vain deceit, after the tradition of men, after the rudiments of the world, and not after Christ” (Col. 2:8).

Tertullian writes: “Indeed heresies are themselves instigated by philosophy … What indeed has Athens to do with Jerusalem? What has the Academy to do with the Church? What have heretics to do with Christians? Our instruction comes from the porch of Solomon, who had himself taught that the Lord should he sought in simplicity of heart. Away with all attempts to produce a Stoic, Platonic, and dialectic Christianity!”
However, from the second century of Christianity, the idea that philosophy is useful and does not contradict the Bible began to prevail. So Justin Martyr taught that any truth in the Greek or pagan philosophies was the Word or Logos reaching out to sinful humanity. He believed Plato’s God was the God of the Bible and Socrates was a “Christian before Christ”, just as Abraham was.

Then, during some centuries, philosophy has almost completely absorbed the native Christian biblical doctrine. Therefore, the Rome catholic and East orthodox theology is only lightly Christianized Greek philosophy.

Later, already in the Modern times, the concept appears that Western civilization is a synthesis of Judeo-Christian and Hellenic cultures, that is, a synthesis, a meeting of Athens and Jerusalem. But what kind of synthesis can we talk about when the absorption of Jerusalem by Athens took place? Western civilization, and now the whole world – is Athens with only a few traces of Jerusalem.
However, this idea became popular, especially in the circles of leftist and liberal theologians.

In this context, the semantics of the city in the biblical worldview seems to be very interesting.
According to Genesis, the first thing the first Satanist Cain did was to invent the city. Then, the first thing that humanity did after the Flood was to build the city of Babylon with the famous “tower”. And further, every civilization in this world is an urban civilization. Therefore, the earthly city in the Bible generally has a negative connotation.
It is interesting that modern science, despite the dominance of Marxism and economic determinism, is gradually coming to the conclusion that the first cities in the Middle East arose not as economic or political centers, but precisely as religious centers, as settlements around certain religious buildings or objects. This completely coincides with the biblical interpretation of the emergence of cities.
There were many cities, but in the spiritual history of mankind there are only two of them: Jerusalem, and not Athens, but Babylon.
Babylon was the first to emerge. The name of this city in the Bible is בָּבֶ֔ל  Bavel. It is translated as “mixing” consonant with בָּלַ֥ל “to mix, confuse” (meaning the confusing of languages ​​during the construction of the Tower). However, the term בָּלַ֥ל is just a play on words with the Akkadian name of this city Bābili (m), which is a literal translation of its primary, Sumerian name Kadingir (Gate of God).

The most important and beautiful gates of Babylon are the Ishtar gates, built there at the peak of the city’s power by Nebuchadnezzar. Ishtar is the female form of Lucifer. The gate itself depicts the ancient signs of the devil – a lion, a bull, and the brightest and most complete image of Satan – Sirrush (translated from Akkadian “great serpent”, “red dragon”, “fierce dragon”).
The cuneiform sign of the word “god” in the Sumerian language is a pictographic image of a star. For Mesopotamia, the gods are the stars in the sky. And the brightest object in the sky after the sun and the moon is a star of Ishtar, or rather the planet Venus, Lucifer.
Now we understand of what “god” the spiritual gate Babylon is. And the Bible clearly recognizes this. In the Bible, Babylon is a symbol of the center of Satan’s presence in the world; Satan is the king of Babylon. Here is the famous prophecy of Isaiah about the impending collapse of Babylon and its king: “That thou shalt take up this proverb against the king of Babylon, and say, How hath the oppressor ceased! the golden city ceased!… Hell from beneath is moved for thee to meet thee at thy coming: it stirreth up the dead for thee, even all the chief ones of the earth; it hath raised up from their thrones all the kings of the nations. All they shall speak and say unto thee, Art thou also become weak as we? art thou become like unto us? Thy pomp is brought down to the grave, and the noise of thy viols: the worm is spread under thee, and the worms cover thee. How art thou fallen from heaven, O Lucifer, son of the morning! how art thou cut down to the ground, which didst weaken the nations! For thou hast said in thine heart, I will ascend into heaven, I will exalt my throne above the stars of God: I will sit also upon the mount of the congregation, in the sides of the north: I will ascend above the heights of the clouds; I will be like the most High. Yet thou shalt be brought down to hell, to the sides of the pit” (Isa. 14: 4-15).

It is from Babylon that the so-called “Babylonian wisdom” comes from – a complex of philosophical, occult and esoteric teachings that have formed and constitute the basis of the worldview of this world from antiquity to this day (Kabbalah, Hinduism, Buddhism, Confucianism, Greek philosophy, science, technology, etc.).  The aforementioned Athens (like Rome, the Vatican, like Shambhala and many other centers) is just one of the branches of Babylon.

There are two basically different worldviews in the world: Biblical and Babylonian.  All the nonbiblical doctrines, ideologies, religions, philosophies, worldviews (from magic and paganism till philosophy, science and technology) have a common basis. This basis was invented and developed in the ancient Mesopotamia ranging from the Sumerian civilization. This thesis we will in detail concern in our works.

The city is a symbolic habitat for sinful people. Before the Fall of man, people lived in the Garden of Eden, and after that God’s people lived outside the cities, shunning them. However, after the Babylonian tower, God decided to create His own people, to whom He would transfer a special land – Palestine. But pagans already lived in this land and had their own pagan religious cities. And the Jews, having conquered them in one of them, made their religious capital – in Jerusalem. God used the invention of sinful people in His Providence of salvation.
Jerusalem – the name comes from two words, literally “city of peace”. Peace, the Semitic root שלם “sh-l-m” or “s-l-m”, shalom, salam, is a very capacious word, which means peace, completeness, well-being. In Canaanite times under Abraham, this city was also called Salim.
In Salim during the time of Abraham, the mysterious Melchizedek “the king of righteousness”, the priest of the Most High God, ruled. Melchizedek is Christ-God before incarnation (the same One Who appeared to Abraham near Mamre or with Whom Jacob fought).
Thus, God chooses a special city for Himself, for His Providence, and David took it by military force. Having made his capital, David placed the Ark of the Covenant in it, and his son Solomon built the Temple. Thus Jerusalem became the only place where God was on earth. In other cities, shrines of Yahweh were strictly forbidden.
However, 400 years after David and Solomon, the Jews became so corrupt that they were punished with a terrible and deep symbolic punishment. Shekinah (presence) of Yahweh left the Temple, the city of Yahweh – Jerusalem and the Temple were destroyed, and the Jews were moved to the city of Satan – Babylon. Then the Jews returned to Jerusalem, rebuilt the Temple. But again they were mired in sin – they changed the Torah and the prophets for Babylonian wisdom, and 400 years after the captivity, another terrible tragedy broke out in Jerusalem. Yahweh came to his city – Jerusalem to save the Jews first, but they did not recognize Him, accused of blasphemy and killed. Then the Romans destroy Jerusalem, the Temple, and the Jews sprayed around the world.

And now we need to pay attention to one very important aspect. This aspect is especially discussed in the Apocalypse.
Now the geographical ancient city of Babylon does not exist. Even in the time of John, Babylon was nothing but ruins. However, in a spiritual sense, Babylon “great city”, these gates of Satan, still exist. Babylonian wisdom, or, to put it simply, Satanism, reigns supreme both in the world and in many supposedly Christian churches. The Matrix of Babylon and Babylonian wisdom has penetrated into all areas of life. Moreover, John describes the triumph of Babylon, and then its final fall at the beginning of the End Times.
Jerusalem exists now and it is flourishing. Already in the 4th century, Byzantium, having privatized Christianity for itself, began to revive Jerusalem as a religious center. This policy was continued by Muslims, and now it is continued by the Jews, who gained political power over the city in 1967.
But what does the last prophecy of the Bible, the Revelation of John, say about Jerusalem?
John with the name Jerusalem, or “the holy city” as the city of God, calls exclusively the Heavenly City Jerusalem, the heavenly capital of Christ’s kingdom. After the Ascension of Christ in Heaven, New Jerusalem arose, which so far is only in Heaven and is spiritually present among the Church.

Jerusalem as a geographical earthly city, John mentions only once – in chapter 11. And he mentions it in a very bad context: in the Last Times in Jerusalem there will be two prophets from God killed by the devil who gained strength. In the Last Times, geographic Jerusalem will become the spiritual capital of Satan over the world. John calls it “the great city, which spiritually is called Sodom and Egypt, where also our Lord was crucified” (Rev.11: 8).
Great city is one of the names in Revelation for Babylon, Satan’s gate in this world; Sodom is a symbol of extreme and legalized sin, Egypt is a symbol of slavery. Jerusalem is not mentioned so badly anywhere else in Scripture. Geographic Jerusalem will absorb all the negativity that is possible.
This is such an apocalyptic castling. Geographic Babylon is destroyed, but spiritually it is flourishing, and at the end of time it will be geographically located in the former city of God – geographic Jerusalem. Actually, the triumph of the devil in the world will be marked by the transformation of geographic Jerusalem into Babylon.

There is an active occult-ecumenical movement in the world, the purpose of which is to unite and unify all the religions of the world in such a way that this religion will become a religion of worshiping Satan in the Last Times. And in Jerusalem it is planned to restore the Temple, is not just like a Jewish temple, but a temple of the new world religion to Satan.

In our further works, we will research the Bible worldview, the Babylon worldview and the difference between them.